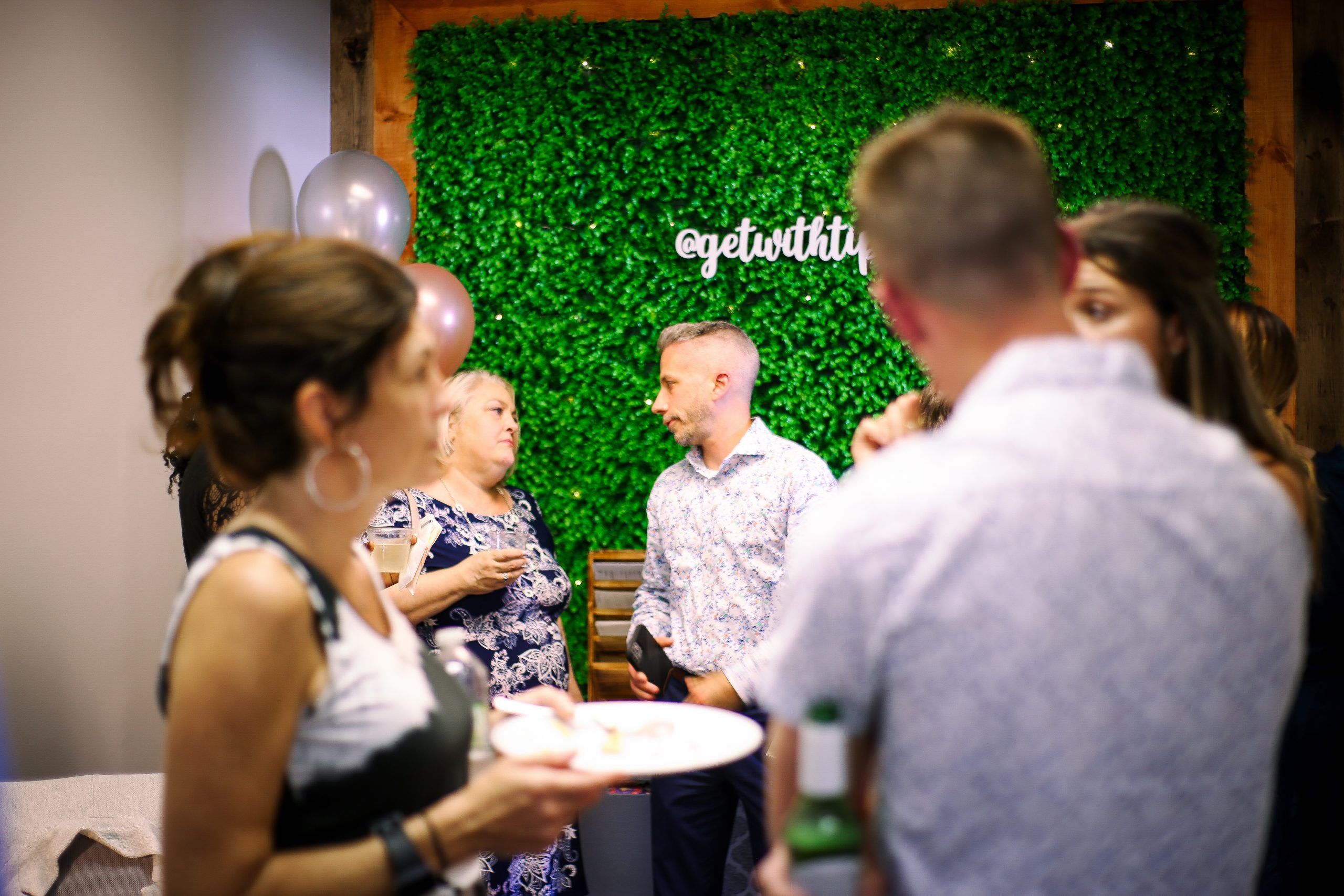 10 tips to Network Like A Boss, or at least avoid being awkward.

“To succeed in this world you have to be known to people.” – Justice Sonia Sotomayor

Let’s face it, networking is intimidating. I used to be such an extrovert! I loved meeting people, talking about my business, and making new connections. Previously, every event consists of me hiding in the middle of a group of familiar people, using them like Captain America’s shield, and deflecting every conversation.

When I first wrote this article, we were launching a new networking series called Pints & Pros. Well, we had two successful events at the end of 2019 and we all know how 2020 went. Now, as we begin to slowly come out of the pandemic and become more comfortable gathering together, I’m starting to attend more and more in-person networking opportunities. I figured this is the perfect time to revisit these tips to get back into the swing of things and hope it can remind you how to Network Like A Boss, too!

According to Hannah Fleishmann, Inbound Recruiting Manager at HubSpot, being prepared isn’t just stuffing your pockets with business cards and developing your two-minute elevator pitch. Instead, she writes that coming prepared for an event involves scanning the guest list and then looking attendees up on LinkedIn to learn more about them. That way, when you create your plan, you can have an idea of who you want to meet and seek them out once you arrive.

Don’t just show up to a networking event. Instead, Keith Ferrazzi, Author of Never Eat Alone and Who’s Got Your Back, says to make a plan like you would any other marketing project. What is your goal and how do you plan to achieve it? When you make a plan, you’re more likely to feel confident entering an event because you have a clear agenda of action items you want to accomplish. Start with why you’re attending the event, who you want to talk to, and what you hope to get out of those connections. Most importantly, what are you going to do post-event to foster a deeper relationship?

In my experience, bringing friends or people I know to networking events can make it harder to put myself out there. However, it can be super beneficial to bring a friend who can act as a sort of “Hype Girl,” according to Sherry Jhawar of Blended Strategy Group. It can be awkward to boast about your achievements. That’s why Jhawar says to bring a friend or colleague along that can do it for you. Don’t forget to do the same for them.

I particularly love the idea from Alison Doyle, Job Search Expert at The Balance Careers, of making yourself useful to the event coordinators. Doyle writes that one good way to break the ice is to ask event coordinators if they need registration volunteers or greeters. That way you can meet attendees in a low-stress way by simply saying hello or offering information.

5. Look at Other Nametags

An obvious, but overlooked, tip is to first look at other attendees’ nametags before creating yours. Before adding your resume to your chest, Vanessa Van Edwards, Lead Investigator at Science of People, recommends scanning the room. That way, if everyone seems to be on a first-name basis, you don’t find yourself listing your past three employers. Also, if everyone is putting their company name and you’re not feeling it, try adding a fun catchphrase like, “non-spammy sales guy” or “margarita aficionado.” (that one was purely for us, but it would definitely grab our attention)

Networking can be stressful because it’s like we’ve been trained to feel like we have to build on a conversation. John says, “I work in IT at [local computer company] and specialize in supertechnicaljargonyoudontunderstand.” You naturally want to contribute, but don’t know what to say, so “that sounds cool” comes out. Commence awkward silence. Instead, Laura Katen, President of Katen Consulting, recommends having a few back-pocket questions that can steer the conversation when you admittedly have no idea what the other person is talking about.

Now, instead of causing that awkward silence, you can say something like “That’s cool, I have a friend in IT. How do you like working at [local computer company]?” Creating a list of open-ended questions can really help in a snag.

7. Offer Something of Value

So you’ve been talking to someone for a while and it’s finally your turn for your two minutes of fame. Before talking about yourself, you should build the conversation deeper by offering before you ask, as Robbie Samuels of On the Schmooze Podcast explains in his 8 Steps for Successful Networking. What you offer doesn’t have to be related to what you do. Instead, it can be a personal connection to something they might have mentioned or a colleague you think they should meet. Samuels says by doing this, you’ll be seen as resourceful and a great connector. Someone they’ll want to hear more from.

Contrary to popular belief, instead of trying to meet everyone, Darrah Brustein, Founder at Network Under 40, says to focus on making a few solid connections. She says that people can sense when you’re simply trying to play ‘grab and go’ with business cards. Plus, shorter connections are less memorable and can work against you. Putting your efforts towards making an impact on those you connect with will be more fruitful in the long run.

This is probably one of my favorite tips. It comes from Katie Burke, Chief People Officer at Hubspot. Burke talks about how you should take the road less traveled when it comes to following up after an event. The road less traveled means not simply reaching out via LinkedIn after meeting someone new. She uses a story about her dad for comparison. During the holidays, instead of her dad sending out holiday cards – that would simply get lost in a stack – he sends out St. Patrick’s Day cards. Yes, a funny idea, but the lesson is that you should find one creative way to do something different when it comes to networking. It’ll help you stand out and increase your chances of success.

Finally, the tip I think can help you Network Like A Boss is to find the bar and grab a drink. While I’m definitely not an expert networker, I sure am a cocktail enthusiast. You are much more likely to interact in a less formal, more comfortable, way when you have a drink in your hand. There’s a reason most networking events happen around a happy hour. Plus, when you run out of those back pocket questions, you can always rely on “what are you drinking?”

Head honcho at Tipsy Social. Striving to make everything go right. I help businesses better serve their customers. You'll catch me on a good day with a beer in my hand and nose in my phone. 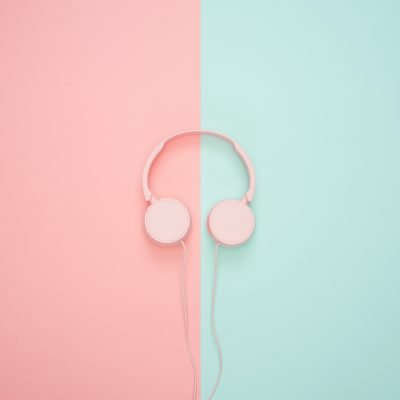 How Music Helps You Work

We all struggle with finding the motivation to get things done from time to time. Sometimes, we want to get work done but we just can’t seem to focus on the task at hand. Many people say that listening to music while they work improves their mood and can even make them more productive. Why is that? How can music both inspire creativity and boost productivity at work? 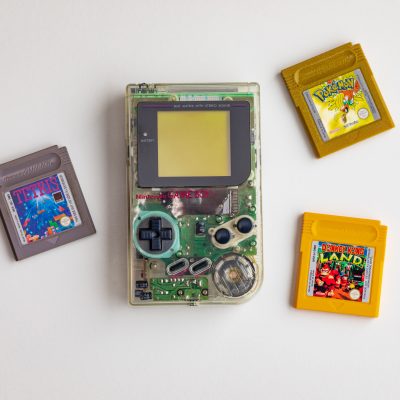 Nostalgia Marketing: The Rise of Throwbacks

Have you ever looked at a photo that was taken when you were a child? You, or anyone you know in it, might not even be the focus, but knowing the photo was taken at a point when you were younger can evoke this rush of contextual memories – leaving you in a state of bliss for that moment in time. Memories can have a strong psychological and emotional impact. Now, imagine what can happen when you incorporate that warm, fuzzy feeling of nostalgia within the context of marketing?